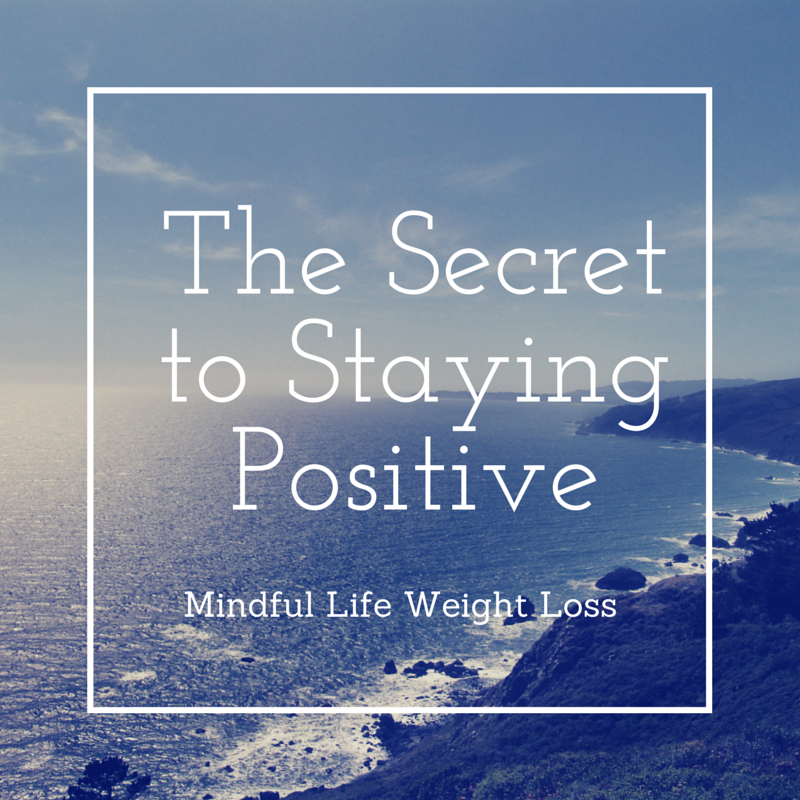 I was recently told “You’re so positive” by a client. That is a very nice compliment, but the surprising truth is that the road to staying positive is paved with honoring the negative. I’m a big fan of Carl Jung. My take on his teachings is that mental and spiritual health involves the integration of all parts of ourselves—conscious/unconscious, dark/light—into a whole. The quote “What you resist, persists”  although widely attributed to him, appears in many esoteric traditions, as well as the martial art of Aikido (which I have been studying for the past 10 years). Jung also taught that the “shadow” parts of ourselves (those parts that we push away, and often hate the most in other people) are gold mines of wisdom, if we can skillfully engage them.

As strange as it sounds, the secret to staying positive lies in allowing. I don’t suppress anything, but use the skill of mindfulness to allow negative thoughts, emotions, beliefs, to just be. They are part of reality, and have a right to be here. Over time, I have become better at tuning into exactly how long they need to be there, so as to avoid dwelling or wallowing. Then, I train my mind to gently refocus on something that is positive in my immediate reality. This is not the same as repeating a positive affirmation like “I accept myself fully and completely” or “I have the power to accomplish anything…” For most of us, those don’t ring true at all. So why tell yourself a lie?

Training your mind to re-focus on the positive is necessary because evolution has equipped us to tune into the negatives in our environment. This helps us to survive, but not to be happy. If you want happiness, you will have to spend some time training in the mental gym, much the way you train in a sport or for fitness. But many people jump to the mental training by repeating positive affirmations or willfully suppressing the negative emotions that are part of present reality. Not surprisingly, this does not lead to being positive.

Two things happen when you suppress the negative. The first is that you give the negative even more power than it already has. Fighting with it gives it momentum, and enables it to snowball into something bigger than it is. One thing you learn when you start meditating is that things have a natural lifespan if truly left alone. I learned this on my first extended meditation retreat–where you meditate for 10 hours a day for several days. What may seem like an overwhelming emotion fizzles out of its own accord if you sit there in stillness. If you engage it in any way–either by squashing it or entertaining it– it only lasts longer.

The second thing that happens is that you thwart your own inner peace by living a lie. Slapping a positive affirmation on top of an authentic negative feeling drains your energy because it is not true. It takes a lot of energy to live a lie. Equally draining is to continually deny real emotions through suppression.

My method is to find something real in my life that is positive, and re-focus on that. Gratitude is a good place to start. The immediate physical environment. Small things that I am thankful for. Small joys. Small triumphs. A patch of sunlight. A bird flying by. My health. The opportunity to help someone. Most people—if they look for it—can find something that is both real and positive, no matter how small. Then you use the skill of mindfulness to savor those things for a moment. Just the span of a breath—you don’t have to try to make them into something they are not.

Lately, I have an app on my phone that rings a “mindfulness bell” every hour. If I hear it, I stop and take a mindful in-breath and out-breath. Sometimes just the act of mindful breathing is enough to bring a small smile to my face—it adds up. But a far cry from repeating a lofty affirmation about my infinite power etc. And a far cry from being 100% cheery 100% of the time.

It’s about being real, honoring the moment, and then consciously taking whatever small step you can in the direction you want to go. That’s a positive life.